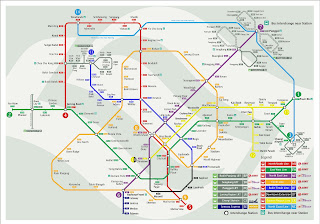 I managed to get the plan from the internet, seems like a concept plan for the future.

The Downtown Line would bring the rail network to 82km from the current 40km. It will quadruple rentable commercial space in its station to 14,000 sqm.

The Downtown Line will have a daily ridership in excess of 700,000 when completed in 2017. Being a medium capacity MRT system each train has 3 carriages, underground, fully automated hence driverless. With 34 stations that links the North-western and Eastern parts of Singapore to Marina Bay.

For more information and location of the stations :
http://www.lta.gov.sg/projects/proj_dtl_3.htm 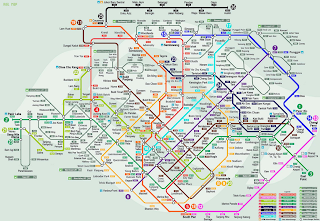 I found another plan online, probably not firm but on the drawing board. Would be very nice to have Mrt lines running to Johore though. Just enjoy and dream about this pic, may not come true for a long time or ever!