Collective sales are back 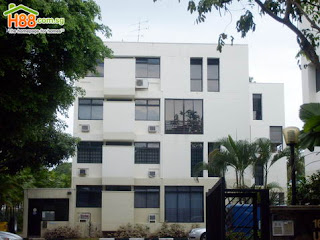 A new spell of collective sales is upon us once again. Over the past few weeks, several notices by owners to sell their homes en-bloc have been announced. And at a recent seminar, a speaker confidently predicted 30 such deals for this year.

For those involved in such sales, it brings back to mind a whole gamut of feelings - of anxieties, hopes, happiness, sadness, bitterness and hate.

On hindsight, the last wave of collective sales was the most impactful although for some, it was the most destructive or disruptive, even wasteful. A 10-year old development had been put up for sale.

Misled into thinking there was strong inflows of expatriates to service the then booming economy, windfalls from such sales were re-invested into the market in a big way. Deferred payment schemes magnified its impact many times. Soon, prices of prime properties hit stratospheric heights.

The prospect of another substantial impact must have sent quivers of excitement through investors.

It brought new hope to those who bought high-end units in 2007 and to developers with unsold units in this segment.

Consumed by the euphoria at that time, many have jumped into the market biting more than they could chew. Fortunately, the huge stimulus spending by governments throughout the world saved many from what would have been an early demise.

Many are now clinging to their properties waiting anxiously for prices to return to their highs. They see the same conditions which characterise the previous run up and know fully well that the market can turn any time.

For developers, due to high acquisition costs and the need to maintain prices, selling at much lower values was not a viable option.

A new wave of selling and buying could just be that catalyst that sends prices surging to and beyond their previous peaks.

Possible but not probable. Today collective sale participants are better informed. Developers are not able to catch them unawares this time. Owners are likely to visit every showflat in the vicinity from announcement till close of tender.

Unfortunately, the lack of transparency at showflats is raising unrealistic expectations. For deals to close, developers need to be desperate enough to bid ahead of the market.

Projects with potential of amalgamation with remnant state land provide opportunities to unlock untapped value and have higher chances of succeeding.

For investors, keep your fingers tightly crossed. While improbable it is not impossible.

As posted in Today's by Colin Tan, head of research and consultancy at Chesterton Suntec International.